Closest Conjunction of Mercury and Venus 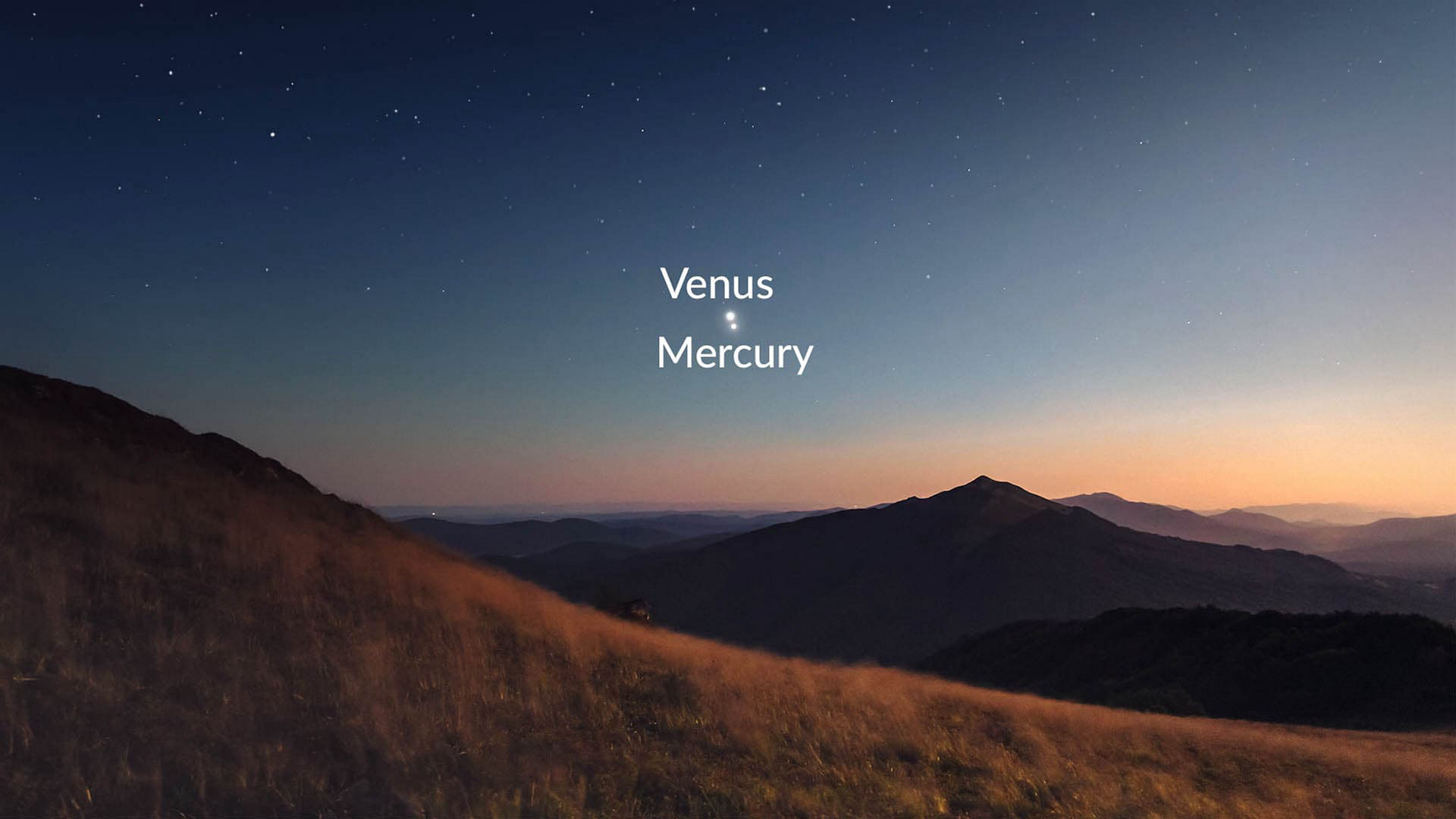 On May 29, Mercury will pass very close to Venus in the sky. This will be the closest visible conjunction of the two planets for the upcoming 12 years! Read on to find out how to see it.

What is a conjunction?

In astronomy, a conjunction occurs when two or more celestial objects share the same right ascension as observed from the Earth. To put it simply, during a conjunction, objects on the sky’s dome come close together. Conjunctions may occur between different kinds of celestial bodies: two planets, a planet and a star, a planet, a star, and the Moon, etc.

Venus and Mercury meet up in the sky

At the night of conjunction, Venus will shine at a magnitude of -3.9, and much dimmer Mercury will have a magnitude of 2.3. Both planets will be positioned in the constellation Taurus.

After the conjunction, Venus will continue to climb up the sky, while Mercury will sink toward the horizon and eventually leave the evening sky. From June 11, 2021, the speedy little planet will be visible in the morning sky.

How to see the Venus-Mercury conjunction

Although the exact moment of conjunction will occur on May 29, the planets will be pretty close to each other on both May 28 and May 29, so you can try both dates. Start your observations about 40 minutes after dark; find an unobstructed horizon and look west. If the weather conditions are favorable, you will easily spot Venus – the brightest planet in the night sky. It will be positioned low in the western sky and will be visible with the naked eye.

Finding Mercury will be a more challenging task. The fastest-moving planet is always difficult to see, but right now, it’s even dimmer than usual because of the waning crescent phase it’s going through. Thus, you’ll definitely need binoculars to catch Mercury, and even then, you might not be able to see it.

The easiest way to locate both planets is to use the stargazing app Star Walk 2. Tap the magnifier icon in the lower-left corner of the screen, type “Venus” or “Mercury”, and tap the corresponding search result. You’ll see the exact location of the planet in the night sky. Point your smartphone at the sky and follow the white arrow to find the chosen planet.