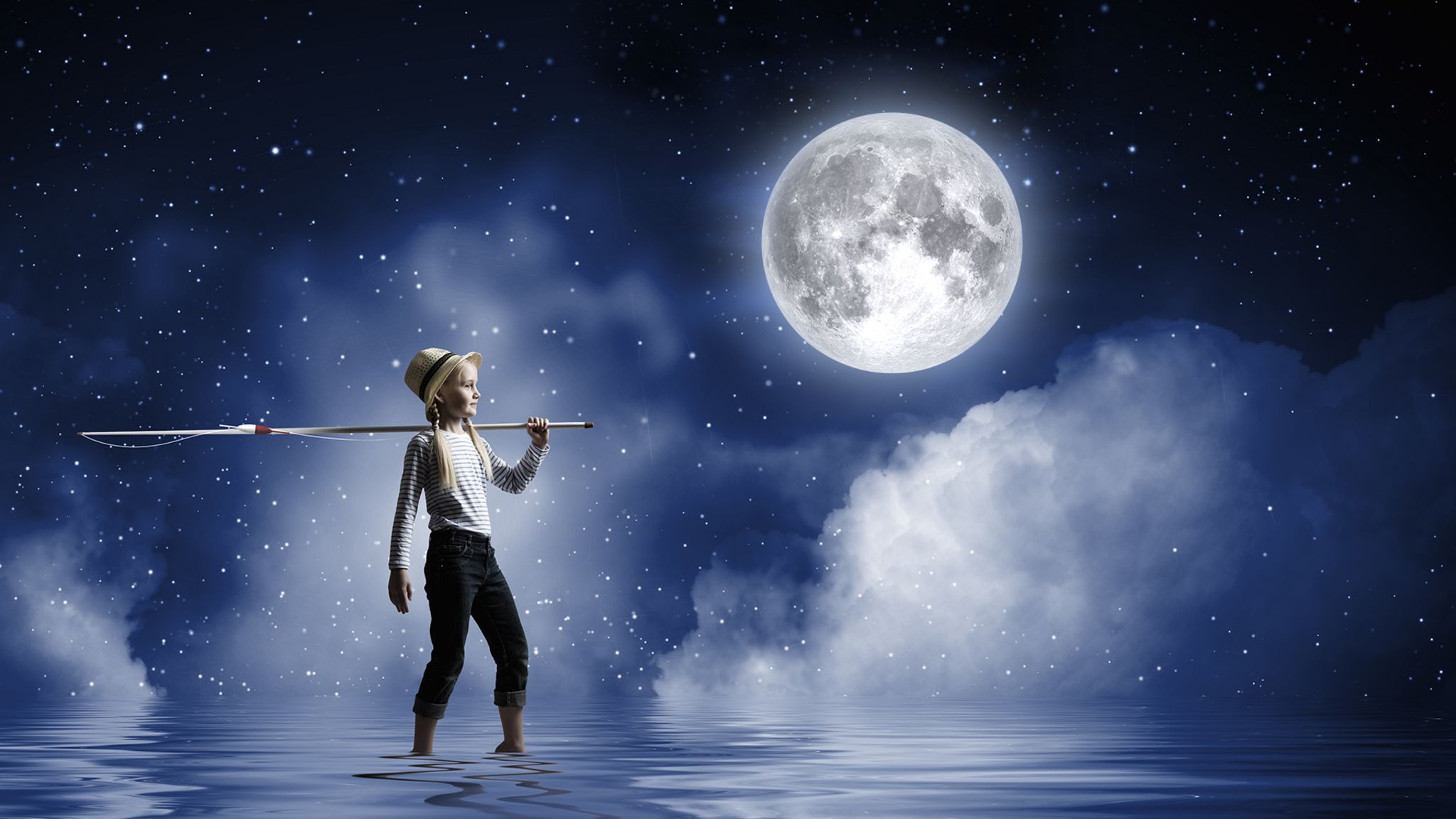 On August 14-15, the moon will reach its full phase and illuminate the night sky worldwide.

The August full moon, known as the “Sturgeon Moon”, “Red Moon”, “Green Corn Moon”, “Barley Moon”, “Fruit Moon” and “Grain Moon”, always shines among or near the stars of Aquarius (the Water-Bearer) or Capricornus (the Sea-Goat). The moon's name “Sturgeon Moon” comes from America's largest freshwater fish, Sturgeon. These fish are now one of the most critically endangered species. According to the legend, during August's full moon, it is still possible to catch a glimpse of a sturgeon fish in America's lakes.

Other names of the August full moon are all mostly related to harvestable crops of this month.

The full moon phase will occur in the morning daylight hours of Thursday and the moon will appear to be full on both Wednesday and Thursday evening in the Americas.

On nights around the full moon phase, bright ray features may be seen radiating from the younger craters on the lunar near side. A particularly interesting example of this is the ray system for the crater Proclus. The 28 km wide crater and its ray system are visible in binoculars. They are located at the lower left edge of Mare Crisium, the round, grey basin near the moon’s upper right edge (northeast on the moon). The Proclus rays, about 600 km in length, only appear on the eastern, right-hand side of the crater, and within Mare Crisium, suggesting that the impactor that made them arrived at a shallow angle from the southwest.

Keep up with our news and learn about the latest astronomical events in time!