Why Is the Sky Dark at Night? 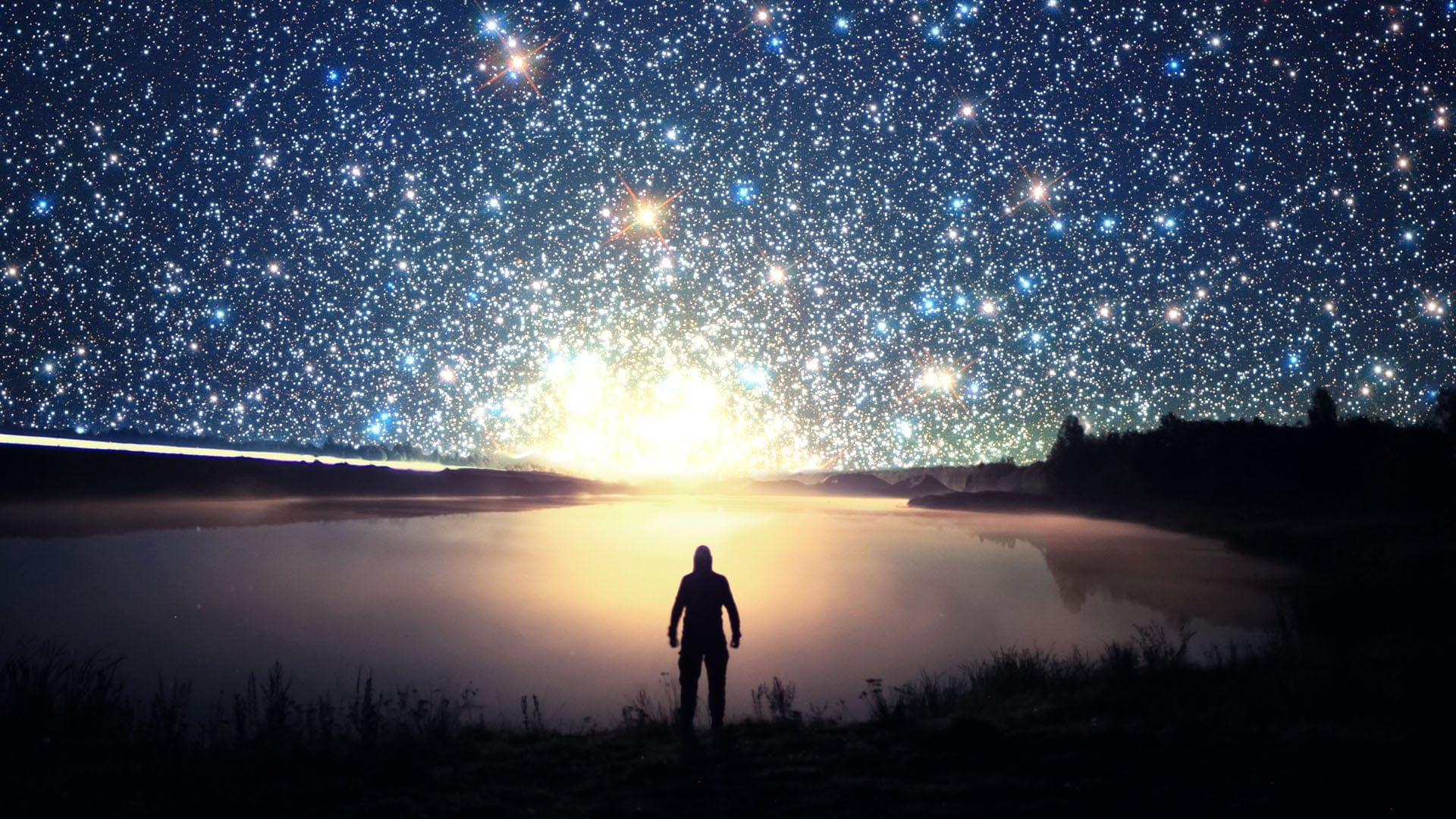 Today, we’ll try to answer a deceivingly simple question asked in the title of this article. Let’s talk in detail about the “dark sky paradox”!

Why is the dark sky considered a paradox?

You might be thinking: “What’s there to discuss? The sky is dark at night because the Sun is down!”. But think about the stars.

Our Milky Way galaxy alone contains 100 to 400 billion stars, and the observable Universe contains 100 to 200 billion galaxies. That’s a huge number of stars, to say the least! Add to this the assumption that our Universe might actually be infinite. Any small patch of the sky you choose to look at should contain myriads of stars, and so the night sky should be dazzlingly bright.

However, in reality, this is not the case. This discrepancy is called Olbers’ paradox, and we’re going to resolve it in a couple of minutes.

Formulation of the “dark sky paradox” is usually attributed to German astronomer Heinrich Wilhelm Olbers, though many other famous people (including Johannes Kepler and Edgar Allan Poe) also contributed to solving this problem. Here’s the paradox in simple terms:

If the Universe is infinite, and there’s an infinite number of stars in it, then the entire sky should be covered with stars. We should be able to see a star in any direction we look, and so the night sky should be brightly lit. Why is it dark then?

To understand Olbers’ paradox better, imagine yourself in the midst of a thick forest. Anywhere you look, you’d see a wall of trees with no gaps between them. And it’s only a forest, which can be big but is by no means infinite. Now try to extend this analogy to an infinite Universe filled with stars!

Over centuries, there have been several attempts to explain the puzzling phenomenon of the dark night sky. Let’s consider some of these explanations and rule them out.

The stars in the Universe are distributed fractally, not uniformly

Why it’s wrong: This hypothesis could have explained the paradox, but modern astronomical data don’t support it. The Universe seems to be almost perfectly isotropic (i.e., the same in all directions).

The Universe has a finite number of stars

Why it’s wrong: Even if it’s finite, the number of stars in the Universe is still enormous and would be enough to light up the entire night sky.

Why it’s wrong: Let’s divide the infinite Universe into even spherical layers with the Earth in the center. If one layer contains a certain amount of stars, then the layer positioned two times further away from the Earth would contain four times more stars due to the Universe’s homogeneity. However, according to the inverse-square law, the stars in the further layer would also shine four times dimmer when observed from the Earth. This means that the total luminosity of each of these layers would be the same. So every layer of stars would produce the same amount of light, no matter how far away it is. As a result, the sky would be uniformly lit.

Why it’s wrong: The starlight would inevitably heat up the dust. According to the law of conservation of energy, the dust would soon start to reradiate the absorbed light and shine as brightly as the stars.

What is the best solution to Olbers’ paradox?

There are two main factors that can explain the “dark sky paradox”. Due to both of them, we see empty spaces between the stars in the night sky.

Our Universe is about 13.8 billion years old. Light takes time to travel, so we can only observe objects that are located 13.8 billion light-years away — not further. As the Universe is infinite in size, many stars and galaxies are invisible to us simply because their light has not reached us yet.

The expansion of the Universe was discovered by Edwin Hubble in 1929. He saw that the light from distant stars and galaxies “stretched out” as they were rapidly moving away from us. This phenomenon is known as “redshift”: it happens when light increases its wavelength and shifts towards the red end of the electromagnetic spectrum. The light waves from very distant objects get stretched so much that they become infrared. Human eyes can’t see infrared light, so very distant stars and galaxies become invisible to us.

Bottom line: Everywhere you look in the sky, there is a star or galaxy. You simply can’t see many of them because either their light hasn’t reached us yet or it has shifted into the infrared spectrum. That’s why the night sky appears dark to a human eye.