The Sky in Early July 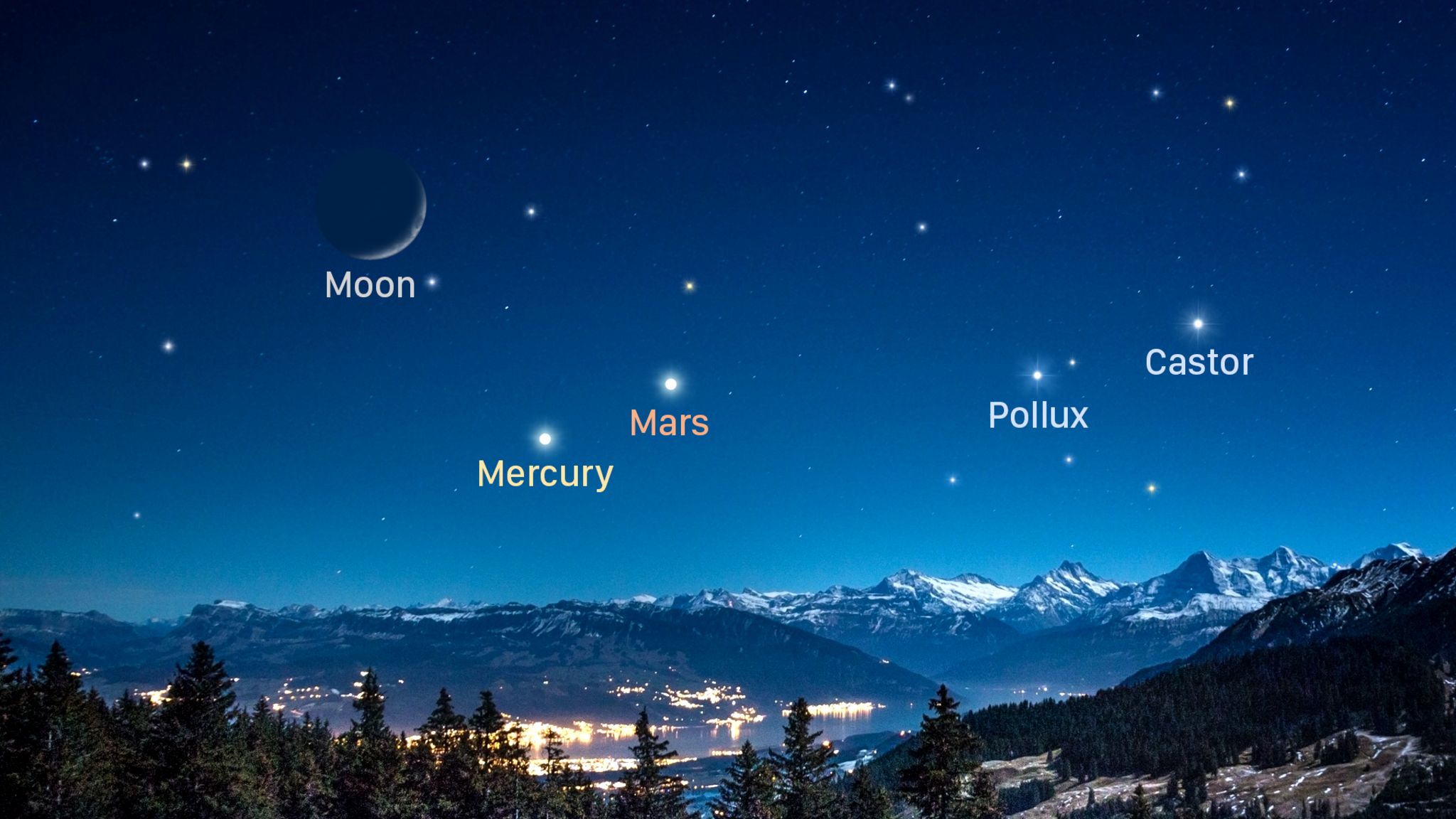 On July 2, parts of South America and South Pacific witnessed one of the greatest sky events - total solar eclipse. Let’s see what stars and planets will shine in the night sky for the rest of the week. Here are some observing tips.

This week the Moon will be returning to the evening sky. On Thursday, July 4, Earth will reach aphelion, its maximum distance from the sun for this year. The aphelion distance of 152.1 million km is 1.67% farther from the sun than the average Earth-sun separation of 149.6 million km, which scientists call one Astronomical Unit (AU).

The young crescent moon will re-appear on Wednesday evening after sunset. At that time, it will share the northwestern sky with Mars and Mercury. The trio, which will fit within the field of view of binoculars, will set by 10 pm local time. Observers in the eastern tip of Africa, the Arabian Peninsula, most of Asia, and Micronesia will see the moon occult Mars.

For the rest of the week, the moon will continue to wax fuller and climb away from the sun, landing on Friday evening just a few finger widths to the right (northwest) of the bright, white star Regulus in Leo (the Lion).

Dim, reddish Mars and brighter Mercury are still hanging out together just above the northwestern horizon after sunset this week. The best time to look for them falls between 9:30 and 9:45 pm local time. They’ll set by about 10:15 pm local time. Look for dimmer Mars sitting four finger widths to the right of brighter Mercury. You can also look for the bright stars Castor and Pollux of Gemini (the Twins) sitting to the right of the two planets.

The blazingly-bright object that you’ve been seeing in the southeastern evening sky recently is mighty Jupiter. This week Jupiter will be visible from dusk to almost 4 am local time.

This week, yellowish Saturn will be rising in the east-southeast before dusk and remaining visible all night long. Its position in the sky is just to the left (east) of the stars that form the teapot-shaped constellation of Sagittarius (the Archer). During this week, Titan, the planet’s moon, will migrate counter-clockwise around Saturn, moving from Saturn’s lower left tonight (Sunday) to the right of the planet next Sunday.

For night owls, distant and dim, blue Neptune is in the southeastern pre-dawn sky, among the stars of Aquarius (the Water-Bearer). The planet will be rising shortly after midnight local time this week. You’ll find the magnitude 7.9 planet sitting a thumb’s width to the left (east) of a medium-bright star named Phi (φ) Aquarii.

Blue-green Uranus will be rising at about 2 am local time this week. It is sitting among the stars of Aries (the Ram) and is just a palm’s width above the head of Cetus.

Venus is bright enough to see within the pre-dawn twilight sky that surrounds it, but it is sitting very low in the northeast - sinking ever-closer to the rising sun. Venus will be rising at about 4:40 am local time all week.

Our Star Walk 2 app will help you identify any celestial object in the sky based on your location and keep you up to date with the latest astronomical news.

On December 4, 2021, the total solar eclipse takes place. It will cover Antarctica and will be partially visible from some other sites.

In December 2021, the Moon will have conjunctions with four planets: Mars, Venus, Saturn, and Jupiter. Here is how to see them in the sky.