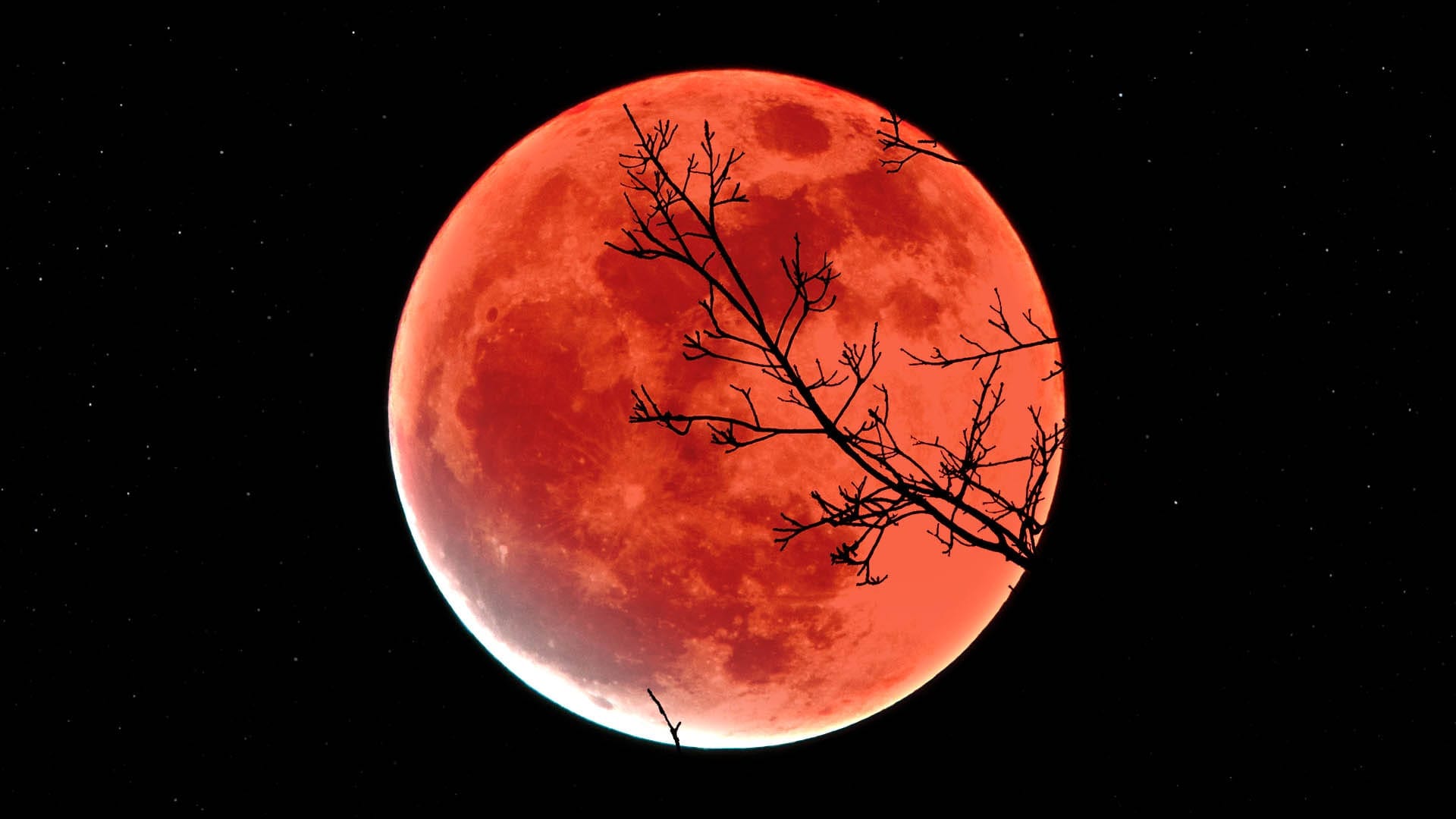 In November, the Full Beaver Moon will be accompanied by the nearly total lunar eclipse. It will be the century’s longest lunar eclipse, visible from North and South America, Australia, and parts of Europe and Asia. Keep reading and get to know how and when to observe it. In addition, we explain the meaning of the Beaver Moon’s name.

To see how much you know about the lunar and solar eclipses, take our educational quiz. Don’t worry if you’re not an expert on this topic yet — our quiz will help you to learn more about these phenomena.

Can solar eclipses be seen from the Moon? When was a solar eclipse first recorded on video? Test your knowledge of solar and lunar eclipses with this quiz.
Take the Quiz!

What is a partial lunar eclipse?

Several times a year, the Earth comes between the Sun and the Moon, blocking the sunlight that illuminates our natural satellite. Thus the Earth’s shadow covers the Moon, and the sunlight doesn’t reach the lunar surface. This is called the lunar eclipse; it occurs only during the Full Moon and is visible at nighttime. A partial lunar eclipse, in its turn, means that the Earth’s shadow doesn’t fully cover the lunar disk and a part of it remains illuminated.

Lunar eclipses are pretty spectacular as the Moon appears blood-red during these events. It happens because light from the Sun has to pass through the Earth’s atmosphere that filters out most blue light but lets in the red light.

Unlike solar eclipses, lunar ones are safe for your eyes and can be seen without special eye protection. To learn more about this phenomenon, watch our video about lunar eclipses.

The partial lunar eclipse will occur on November 19, 2021. It will be the longest partial lunar eclipse between 2001 and 2100 with a duration of 3 hours, 28 minutes, and 23 seconds. It also will look almost as spectacular as the total eclipse — up to 97% of the lunar disk will slip into the Earth’s shadow!

The area where this lunar eclipse, or at least its part, will be visible is huge! It includes North America (the best location for observation), parts of Europe, Alaska, Australia, New Zealand, Japan, and the Pacific Ocean. From western Asia, Australia, and New Zealand the early stages won’t be visible as they occur before moonrise. Also, Western Europe and South America will miss the end of the eclipse because of the moonset. Observers from Africa, the Middle East, and western Asia won’t see the event at all.

To check if the eclipse is visible from your exact location, use Eclipse Guide. The app will show the Moon’s path during the eclipse, the precise map of the eclipse, and other handy information.

What time is the partial lunar eclipse tonight?

Here is the schedule of the partial lunar eclipse on November 19, 2021. Note that the times are in Greenwich Mean Time (GMT); to learn the time for your time zone, translate GMT to your local time.

Use Eclipse Guide to keep the precise schedule of the eclipse for your location close at hand. Not to miss the eclipse, set a notification in the app.

What is a Beaver Moon?

The Full Moon of each month has a unique name that dates back to Native American, Colonial American, and European folklore. The Beaver Moon is called so because around this time, hunters would trap beavers for their thick fur ahead of the chilly season. This is also a time of the year when beavers begin to hide in their lodges, having saved enough food stores for the winter.

Not all cultures are so obsessed with beavers to call the Full Moon in their honor, so here are other examples of the November Full Moon’s name.

When is the Beaver Moon?

The exact time of the Full Beaver Moon is November 19, 2021, 08:58 GMT. As the lunar disk will look full to the naked eye for several nights in a row, start observations in advance. Remember that the Full Moon rises shortly after sunset, stays out most of the night, and sets at around sunrise.

To learn the exact moonrise and moonset times use the Sky Tonight app. It also allows you to track the lunar path across the sky and see what bright objects can be viewed nearby.

The next Full Moon, known as the Cold Moon, will take place on December 19, 2021. We’ll reveal more exciting details about it closer to the date.

This is all you need to know about the upcoming partial lunar eclipse of November 19, 2021. In just two weeks, the next eclipse, a total solar one, will occur. Turn on notifications in our apps to keep up with the latest stargazing news.