How to See Venus Shining with Uranus this Weekend 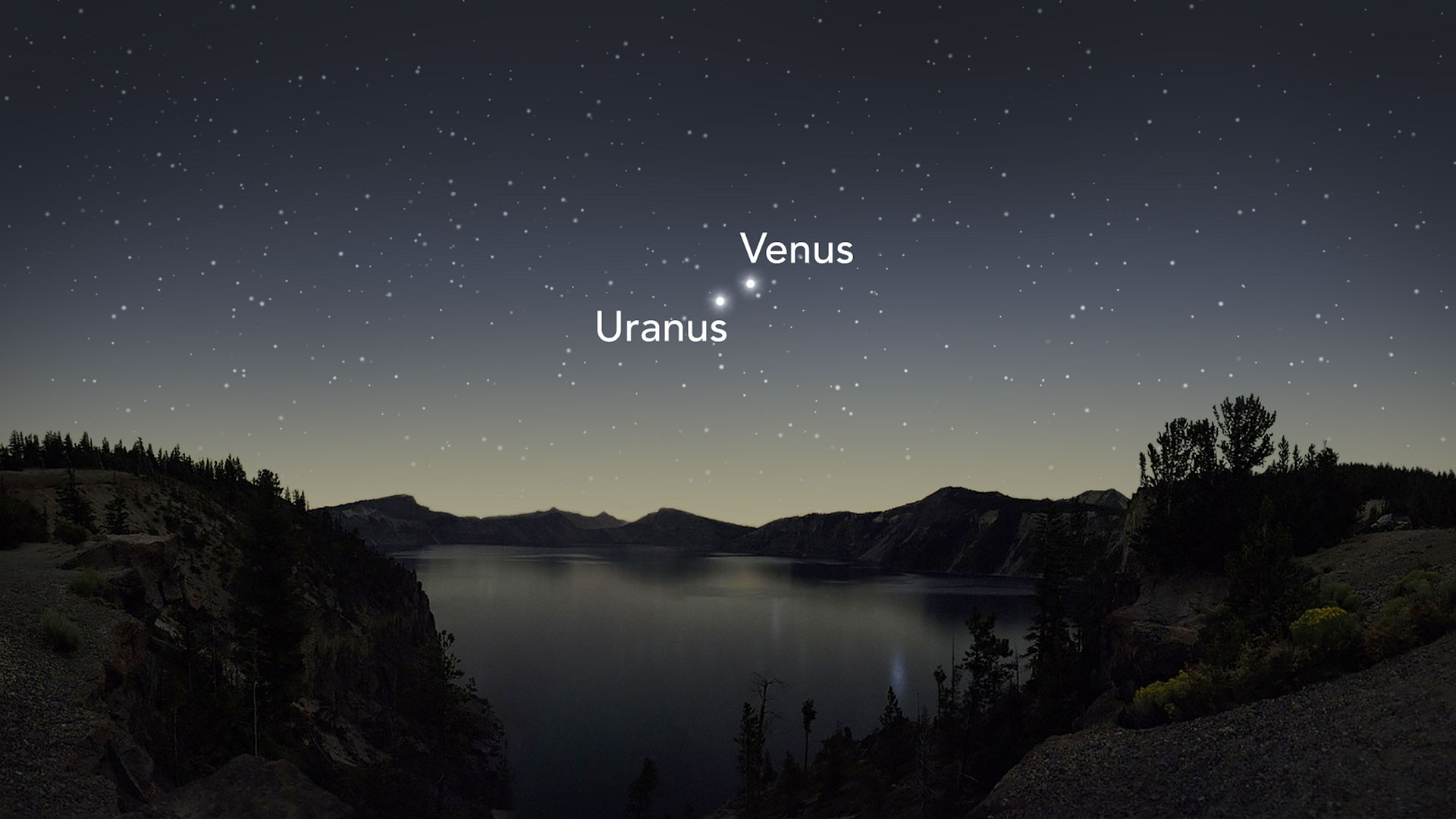 Venus continues to shine brightly as the “evening star”. Not counting the almost full moon, it is now the most dominant object in the night sky. This weekend, after dark, look at the sky to spot a Venus-Uranus encounter. Here are some observing tips.

Our sister planet gleams at a spectacular magnitude of -4.35 in the western evening sky from before dusk until it sets before midnight in your local time zone. It can be easily seen with the naked eye. The more negative the magnitude value, the brighter an object looks.

On the evenings surrounding Sunday, March 8, the faster orbital motion of Venus will carry it past comparatively dim and blue-green coloured Uranus. The closest approach will take place on Sunday, with Venus passing 2°24' to the north of Uranus. The pair will shine in the constellation Aries. To determine the exact time when planets rise and set in your sky, use the stargazing app Star Walk 2.

For several nights, both planets will appear together in the field of view of binoculars and telescopes – although Uranus, which shines at magnitude +5.8, will be about a thousand times fainter than Venus. View Uranus while it’s higher, too – but after the sky has darkened.

Until March 24, the brilliant planet Venus will continue to climb higher in the sky - and farther from the sun. If you want to see Venus’ less-than-fully-illuminated disk in your telescope, train your telescope on it as soon as you can pick it out of the darkening sky. In a twilit sky, Venus’ brightness won’t hide its shape as much. And, when Venus is higher in the sky you’ll be viewing the planet more clearly - through less of Earth’s distorting atmosphere.

Keep up to date with the latest astronomical news and get notified about the celestial events like meteor showers, eclipses, full moons, planetary alignments, encounters, occultations, etc., with a guide the night sky Star Walk 2.