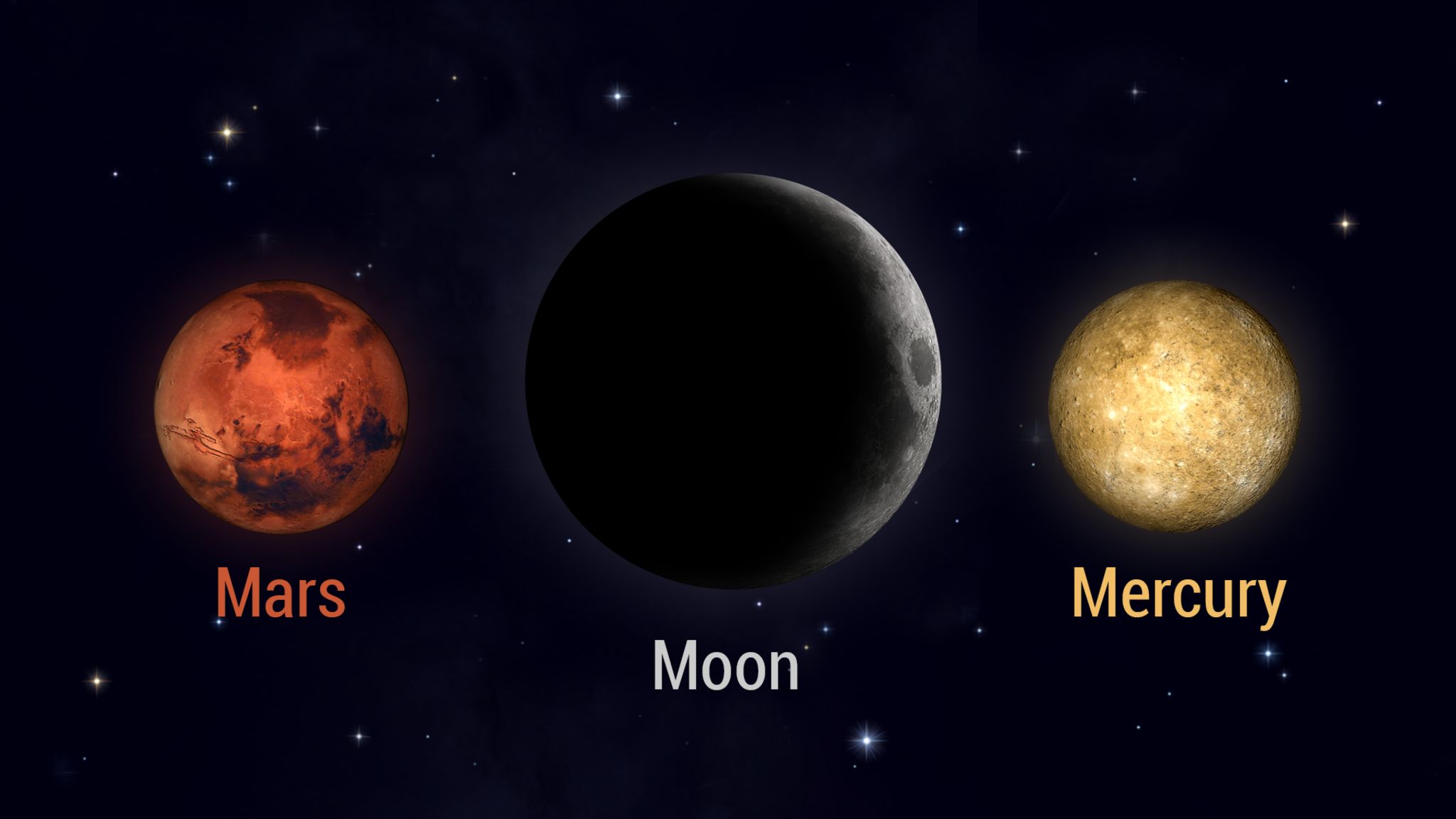 At the beginning of the week the Moon will be at its New Moon Phase, passing between the Earth and the sun. That leaves it absent from the night time sky and gives us perfect conditions for stargazing!

The very young crescent moon will rejoin the western evening sky after sunset, but you’re more likely to see it on Tuesday evening when it will be positioned less than a palm’s width to the left (southeast) of the planet Mercury. The moon and Mercury will both be visible sitting very low over the northwestern horizon after sunset, surrounded by evening twilight. The best time to see them will occur between 9:15 and 10 p.m. local time when the sky will be darker. Mercury will become a little easier to see every night as it swings wider from the sun.

The moon and Mercury are both being illuminated by the sun. But the moon will show a thin crescent while Mercury, viewed in a telescope, will show a largely full disk. That is because the moon is closer to us than the sun, while Mercury is on the far side of the sun. Events like these, when solar system objects displayed differences in illuminated appearance, allowed early astronomers to reason out the geometry of our solar system.

During early evening on Wednesday, the young crescent moon will sit less than a palm’s width to the upper left (east) of the reddish planet Mars. Look for the pair in the north-northwestern sky among the stars of Gemini before they set at about 11 pm local time. On the same evening, the crescent moon will be sitting very close to a medium-bright, double star named Wasat (also known as Delta Geminorum). That star marks the waist of Gemini’s easterly twin, Pollux.

To identify celestial objects in the sky above you, to find out exactly when the events start and end where you live (it varies), and to get additional information, use our comprehensive astronomy app Star Walk 2.