See the Geminid Meteor Shower — possibly the best of 2020 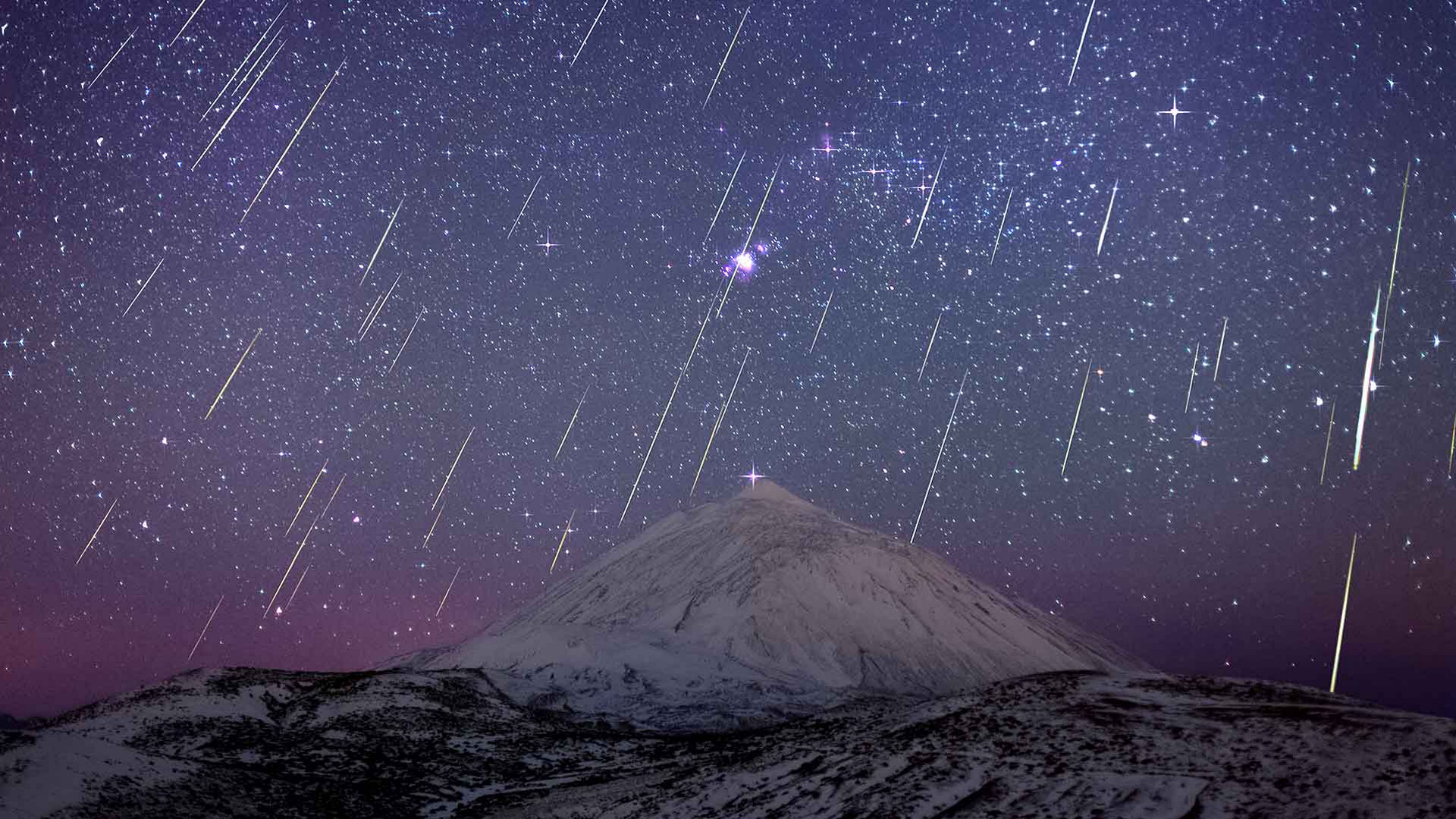 One of the year’s stargazing highlights — the Geminid meteor shower will be peaking soon. In today’s article, we’ll explain the Geminids features, tell you about the observational conditions in 2020, and provide some tips on how to see these bright meteors. Let’s start!

What is the Geminid meteor shower?

The Geminid meteor stream is one of the last major meteor showers of the year and generally provides a good display. The activity period starts on December 4 and lasts till December 17, with a peak on December 13-14. The Geminid meteors are very bright, long-tailed, and have a wide variety of colors: mainly white, some yellow, and few red, blue, and green ones. One of the reasons for this multi-colored phenomenon is that meteoroids of this stream contain traces of metals like sodium and calcium. The very same effect is used to make fireworks colorful.

This meteor shower is one of a kind due to its multi-colored feature and because it’s the only major meteor shower that doesn’t originate from a comet. The Geminids are debris left by asteroid 3200 Phaethon. This asteroid is a giant space rock around 6 km in diameter, that was named after the Greek myth of Phaethon, son of Helios, the Sun god. 3200 Phaethon’s orbit is highly elongated, reminiscent of some comets. Phaethon completes an orbit every 1.4 years and leaves behind a trail of debris. However, it doesn’t have a tail of dust or gas typical for comets — this is why it’s not considered a comet.

How to see the Geminids?

On a dark night around the peak, you can usually see 60 meteors per hour, although the hourly rate on the peak date (provided that observation conditions are excellent) is twice bigger — 120 meteors. In 2020, observers from the Earth will have a chance to witness even a greater show. This year, the peak of the Geminids coincides with a New Moon, so conditions for observation are ideal.

Start watching after midnight, no matter where you are on the Earth. The Geminids appear to radiate from the constellation Gemini, near the bright star Castor. When the constellation Gemini together with the Geminids radiant climb higher, meteors will appear shorter, and their duration will also be less. The Geminids activity will increase until 2 a.m. local time. Around this time, the radiant lies highest in the sky, and the Geminids activity will be at their strongest. As the radiant begins to set, rates will decrease until the bright sky at dawn obscures all the activity.

Where is the Geminid meteor shower visible?

Tips for observing the Geminids

In general, we always advise you to find a place away from the city lights. This is the main rule that helps you to catch more meteors. Remember that you don’t need any special equipment unless it’s a thermos with hot coffee or tea and a blanket to keep you warm. As soon as your eyes adapt to the darkness, they’ll become your perfect observational tool.

Don’t use your phone during a night-time observation! Give your eyes some time to adapt to the darkness — this way you’ll catch more meteors. Though, if you need to check with Star Walk 2, don’t forget to turn on the night mode — the soft red theme will help you preserve night vision when stargazing. Just open the app, press on the “Menu” icon in the lower-right corner of your screen, go to the settings, and tap on the “Night Mode.”

Note, that not all meteors you’ll see the following nights are members of the Geminid stream. Some of them can be random sporadic meteors, others belong to much weaker meteor showers such as Monocerotids, Comae Berenicids, etc. We explained more about them in our recent article about December meteor showers.

If you have any questions about meteor showers, go ahead and ask us on social media! You can check your knowledge of meteors, meteorites, asteroids, and other small space objects with our “Space Rocks” quiz.

Can you tell the difference between a falling star and a meteorite? And what about comets and asteroids? Check your astronomy knowledge with our quiz!
Take the quiz!