In today’s article, we’d like to talk about Starlink and tell you how to see them in the sky using the Satellite Tracker app.

On November 25, at 02:13 GMT, SpaceX launched the 16th batch of Starlink internet satellites. With this flight, SpaceX achieved two major milestones: it was the 100th launch of a Falcon 9 rocket since 2010 and the 7th launch of Falcon 9 booster B1049. The 7th flight of the booster set a new record for SpaceX’s rocket reuse program. After successful landing on a drone ship, B1049 will be brought back to Port Canaveral to be used again in the next flight.

On October 24, at 11:31 p.m. EDT (15:31 GMT) SpaceX launched the fifteenth batch of approximately 60 Starlink satellites into Earth orbit. The Falcon 9 rocket with new satellites onboard blasted off from Space Launch Complex 40 at Cape Canaveral Air Force Station, Florida. With this flight, SpaceX has already launched about 900 Starlink satellites of a global network that eventually will provide the whole world with affordable and high-speed internet. The company plans to launch at least 120 new satellites every month to accomplish that goal.

However, some scientists express doubts and concerns about this ambitious unprecedented project. According to the astronomer Jonathan McDowell, about 3% of all the launched Starlink satellites may have failed by now because they are no longer maneuvering in orbit. This failure rate is normal, but in the case of such a large constellation of satellites, it may result in the creation of space junk, which might endanger other satellites and even astronauts.

On October 18, at 12:15 GMT SpaceX launched 60 more internet satellites into space. With this 14th launch, the company has placed 835 Starlink satellites into the orbit, including prototypes that won’t be used for commercial service. This launch marked SpaceX’s 70th straight successful mission.

The Starlink network is still in the early stages. Engineers continue testing and collecting the necessary data. In a filing with the Federal Communications Commission dated October 13, SpaceX said it has started beta testing of the Starlink network in multiple U.S. states and is providing internet connectivity to previously unserved students in rural areas.

On October 6, 2020, at 11:29 GMT, the Falcon 9 rocket launched into space with 60 more Starlink satellites on board. The satellites will join hundreds of their “peers” on the 341-mile-high (550-kilometer) orbit. Previously, the flight was canceled several times due to technical reasons.

For those of you who haven’t heard about Starlink, here’s a quick recap. Starlink is a huge satellite system that aims at providing even the most remote areas of the Earth with high-speed Internet service. It has been developed and constructed by Elon Musk’s company SpaceX since 2015.

The satellites are launched into orbit by batches. As of today, 13 batches have been sent into space, and now 775 solar-powered satellites are orbiting the Earth. Eventually, SpaceX plans to build a massive 12,000-satellite constellation, with a possible later extension of the number to 42,000.

You can read about previous Starlink missions in our article.

Is it OK to launch so many satellites?

There have been debates about the potential problems that Starlink satellites can create. Already, there are about 5,000 satellites in the Earth’s orbit. If SpaceX’s plan succeeds, our skies will be swarmed with man-made objects reflecting light. This can hinder the work of professional astronomers whose images of the sky will be contaminated with satellites. Another problem is that so many objects can potentially collide with each other creating space junk.

In response to the first concern, SpaceX has already tested two prototype satellites with darkened surfaces: DarkSat and VisorSat. Now, all the satellites beginning with the Starlink-8 mission have anti-reflective surfaces. As for the second problem, Elon Musk said that the satellites are designed to deorbit within five years in the case of failure.

How to spot Starlink in the sky?

Starlink satellites offer a spectacular sight – they look like a train of bright spots in the night sky. You can easily see them with the naked eye if you know where and when to look.

We recommend you use the Satellite Tracker app to hunt for Starlink:

At the top of the main screen, the “Next pass” timer counts the amount of time left until the next flyby of the selected satellite over your location. Tap the down arrow to open the list of passes visible from your location that will occur in the nearest future. Use this list to plan your observation time. To see the list of all passes, tap “All Passes”.

The main screen of the app has three modes that you can switch between by tapping the round icons at the bottom: 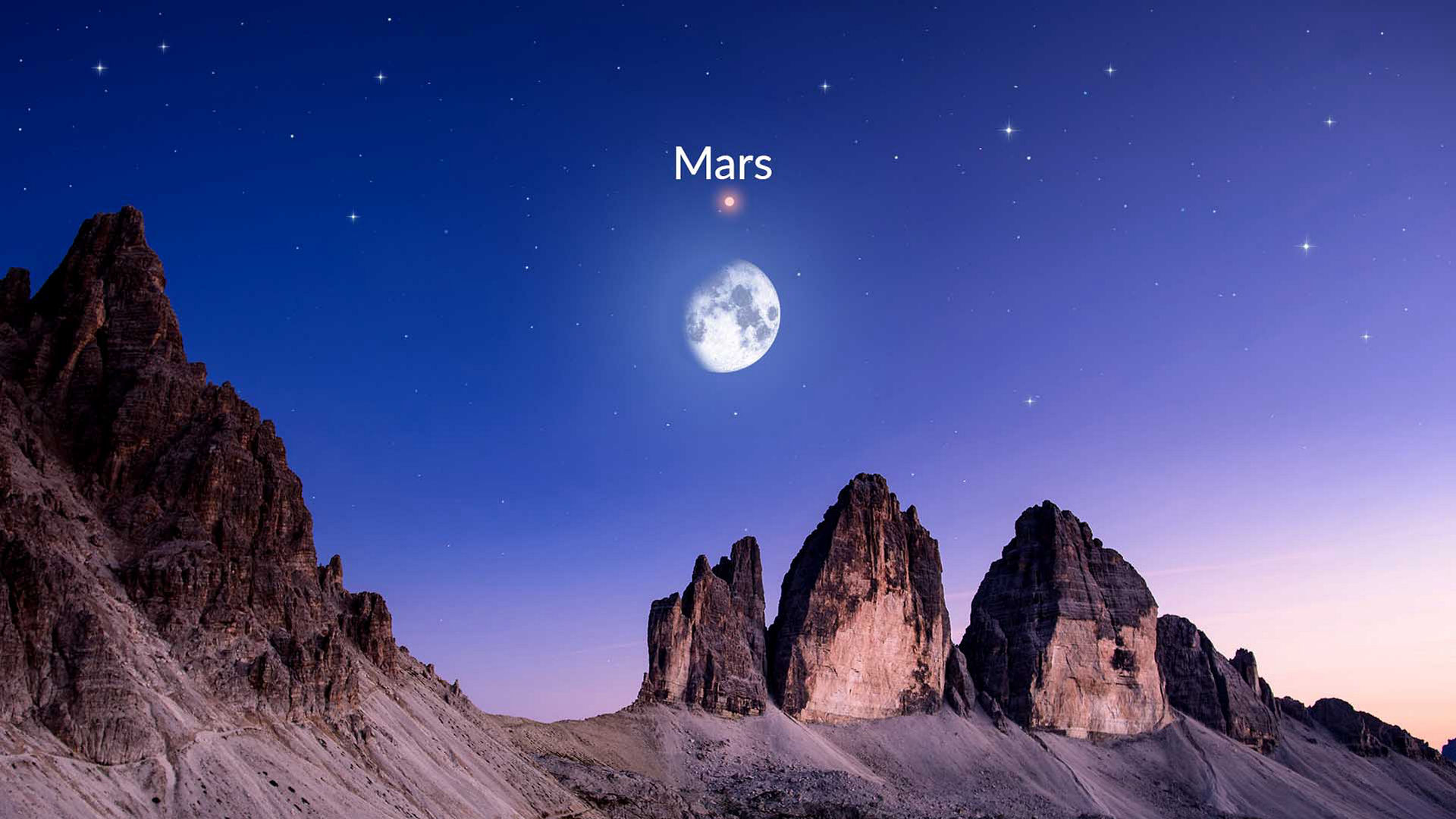