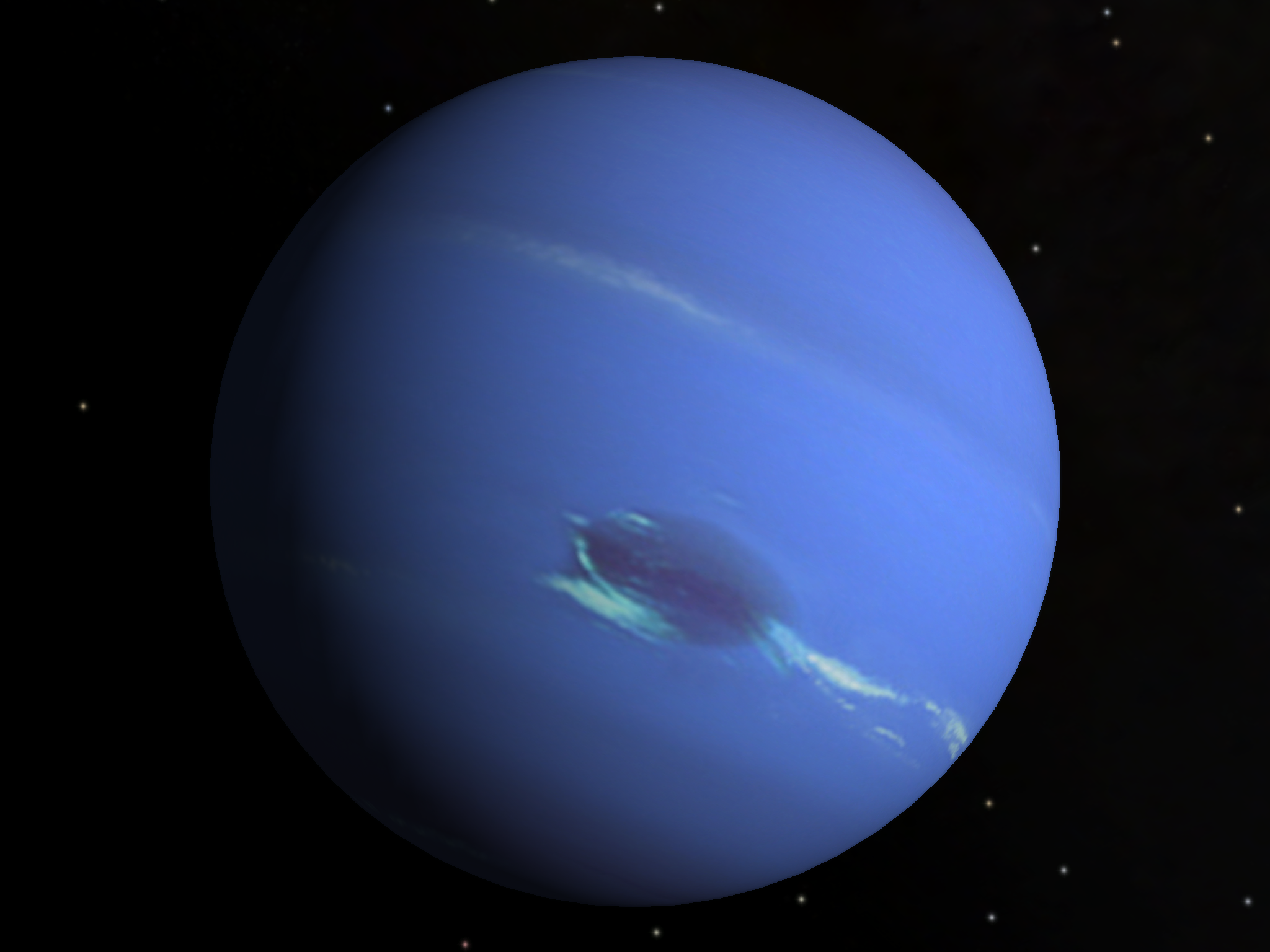 The Great Dark Spot of Neptune

The Great Dark Spot (also known as GDS-89) is the name given to a series of dark spots on Neptune similar in appearance to Jupiter's Great Red Spot. The first one was observed in 1989 by NASA's Voyager 2 probe. Like Jupiter's spot, they are anticyclonic storms. However, the interiors of Great Dark Spots are relatively cloud-free, and unlike Jupiter's spot, which has lasted for hundreds of years, their lifetimes appear to be much shorter, forming and dissipating once every few years or so. Based on observations taken by Voyager and since then with the Hubble Space Telescope, Neptune appears to spend somewhat more than half its time with a Great Dark Spot. Almost all that is known about Neptune is based on the research carried out by the spacecraft Voyager 2. Tap © to check out Solar Walk app.