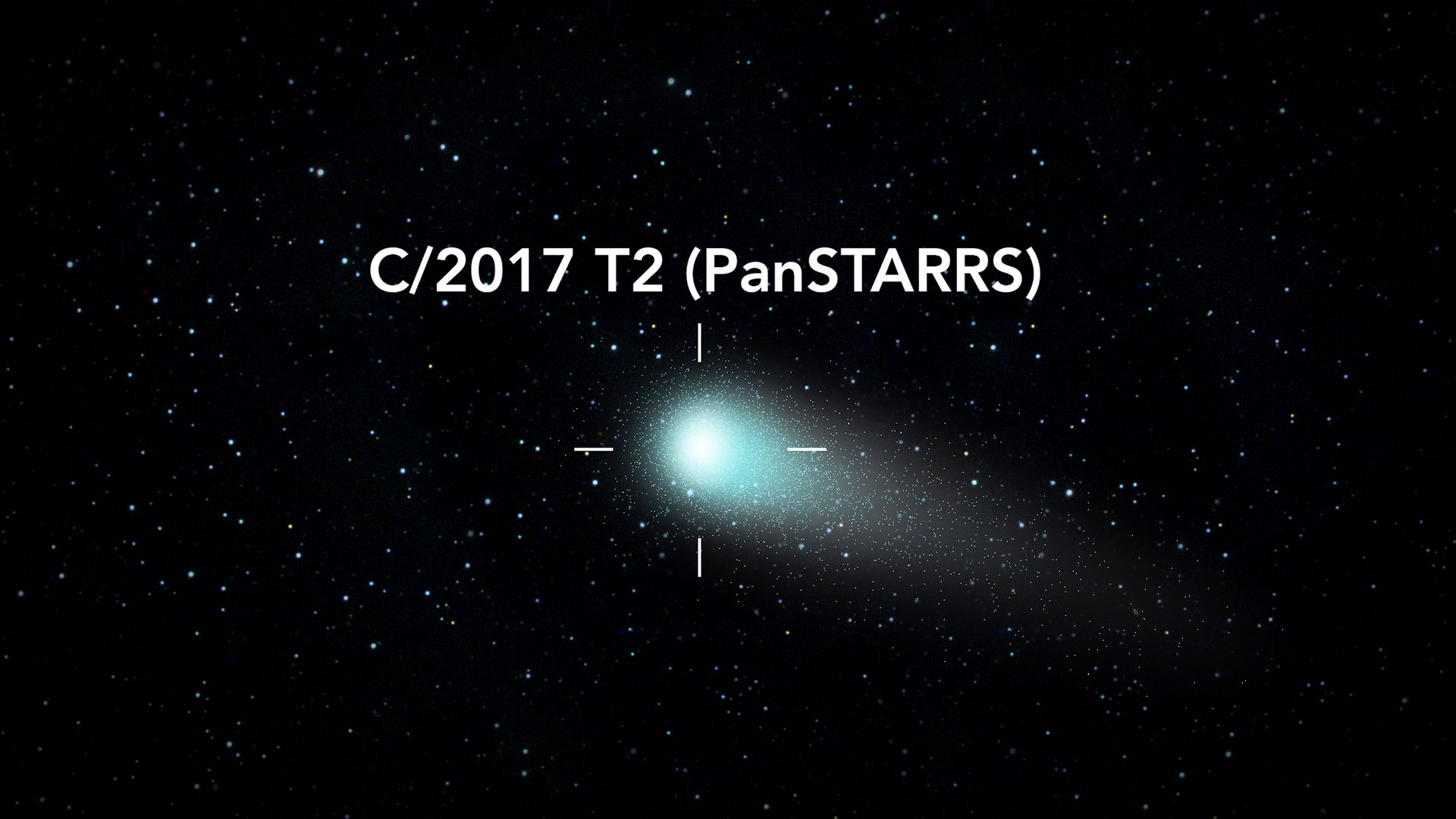 A relatively modest comet is traversing the northeastern evening sky this winter – and this week is ideal for hunting it!

Designated C/2017 T2 (PanSTARRS), the comet is currently shining at magnitude 8.4. That means that it is conveniently positioned for evening viewing in good binoculars or a backyard telescope.

The comet is very high up the northern sky after dusk – and it moves even higher in mid-evening as the Earth’s rotation carries the sky east to west. Comets move across the background stars faster than planets wander. This week, the comet will be just inside the northern boundary of Perseus (the Hero). If you face north, the comet will be located to the lower left of Mirfak, Perseus’ brightest star, and a fist’s width to the upper right (or 10° to the celestial northwest) of the star Ruchbah in Cassiopeia (the Queen). Ruchbah marks the top of the shorter peak of Cassiopeia’s “M”-shape.

Over the next several nights, the comet will move a distance of less than two finger widths of sky, in the direction of Cassiopeia. At the same time, the comet will pass less than a finger’s width (1°) below the famous Double Cluster. That close-together pair of clusters is visible to unaided eyes under dark skies and is very easy to spot in binoculars from the city – making finding the comet very easy to find all week.

When viewed in binoculars and telescopes, Comet PanSTARRS will appear as a dim, fuzzy patch that might exhibit a faint greenish centre. It’s a bit early to see a tail, but the comet is expected to brighten much more in the coming months.

Track the movement of C/2017 T2 (PanSTARRS) across the sky and never miss celestial events with the stargazing app Star Walk 2.