Venus Shines At Its Brightest: How To See It 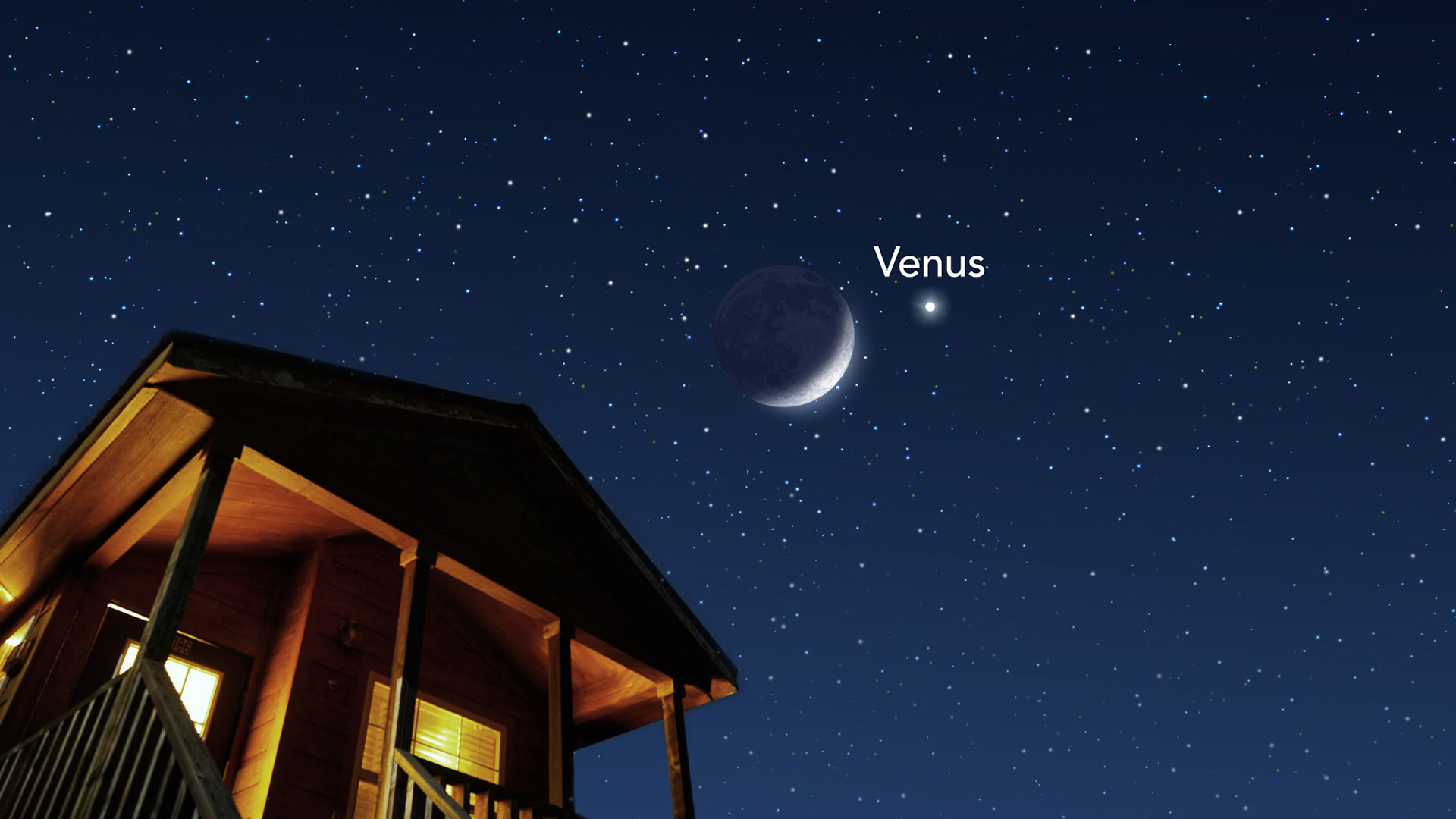 April 2020 offers skywatchers an opportunity to admire the most prominent planet – Venus – at its best and brightest of this year. Read on to find out when and how to see the dazzling planet.

Venus shines with the Moon after dusk

On Sunday, April 26, 2020, the brilliant planet Venus will team up with the Moon in the evening sky. Regardless of your location, find the two brightest objects shining together in the west-northwest sky after dusk. This will be the final Venus-moon observable encounter in the evening sky before Venus transits into the morning sky in June. The pair will make an eye-catching sight and offer a great photo opportunity. Not to miss this stunning view, use the stargazing app Star Walk 2 to identify when the Moon and Venus rise and set in the sky above your location.

Aldebaran, the brightest star in the constellation Taurus, will sit near the Moon and Venus the same evening. The star will become visible after dark, and the three objects will form a triangle in the night sky.

On Monday, April 27 (April 28, depending on the time zone), the gleaming evening “star” will reach its peak brightness for the year 2020. Venus started this month at magnitude -4.5, and at its peak brightness, the planet will glow at a spectacular magnitude -4.7 (smaller numbers mean brighter objects). Our “sister” planet will appear to shine so brightly, that it will be almost impossible not to see it with the naked eye after sunset. If you have sharp eyes, you'll be able to see the planet even in the daytime. Venus is the 3rd brightest object in the night sky, after the Sun and Moon. At peak brightness, it will outshine the brightest star in the entire night sky – Sirius.

The maximum brightness of Venus is also called the “greatest illuminated extent”. Such title describes a compromise between the planet’s increasing apparent size and the diminishing illuminated portion of its disk (illuminated phase). Interestingly, Venus appears most brilliant in our sky at its crescent phase (about 25% illuminated). On the evening of April 27, Venus will present a crescent at 27% illumination. Under clear skies, any telescope or a pair of good binoculars will show its illuminated crescent phase.