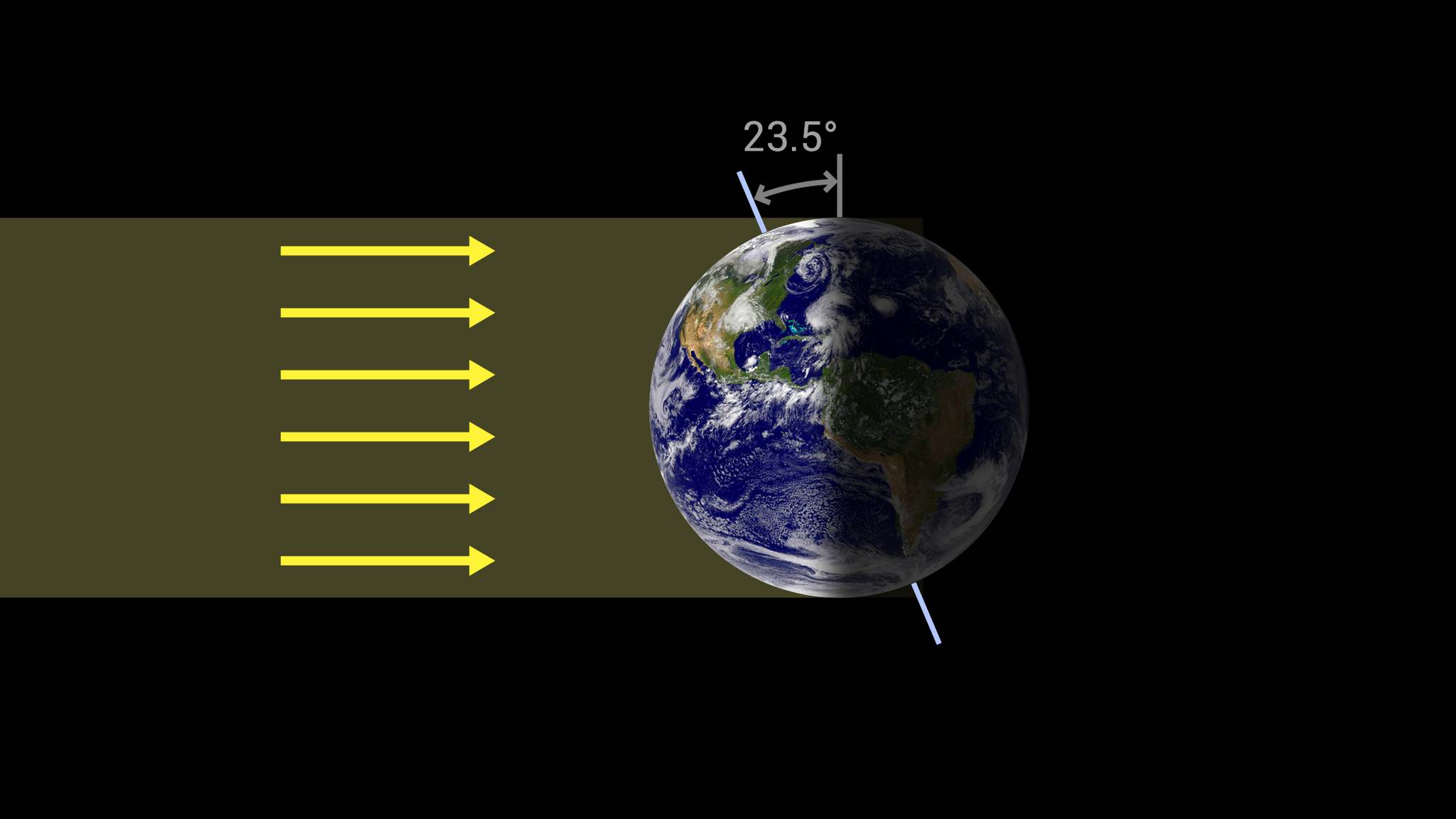 The beginning of summer in the Northern Hemisphere, known as the Summer Solstice, occurs on Thursday, June 21 at 6:07 am Eastern Daylight Time.

At that moment, the northern end of the Earth’s axis of rotation will be tilted 23.5° towards the sun. As a result, the Sun will reach its highest noonday position in our sky for the year as viewed from the Northern Hemisphere. It will shine more intensely on the Northern Hemisphere, and deliver our longest amount of daylight. More hours of concentrated, direct sunlight translates to more solar energy and warmer days!

It is not the case, as some people think, that we are warmer because we are closer to the Sun — that event, called perihelion, actually happens in early January every year! As a matter of fact, the Earth is only two weeks away from reaching its widest separation from the sun, or aphelion for this year. That occurs on Friday, July 6.

For our friends in the southern hemisphere, this solstice signals the sun’s lowest noon-time height of the year, and marks the start of their winter. The summer solstice is good news for astronomers — after Wednesday, the days will slowly start to get shorter while the nights lengthen.

Observe a Lua dentro do Hexágono do Inverno