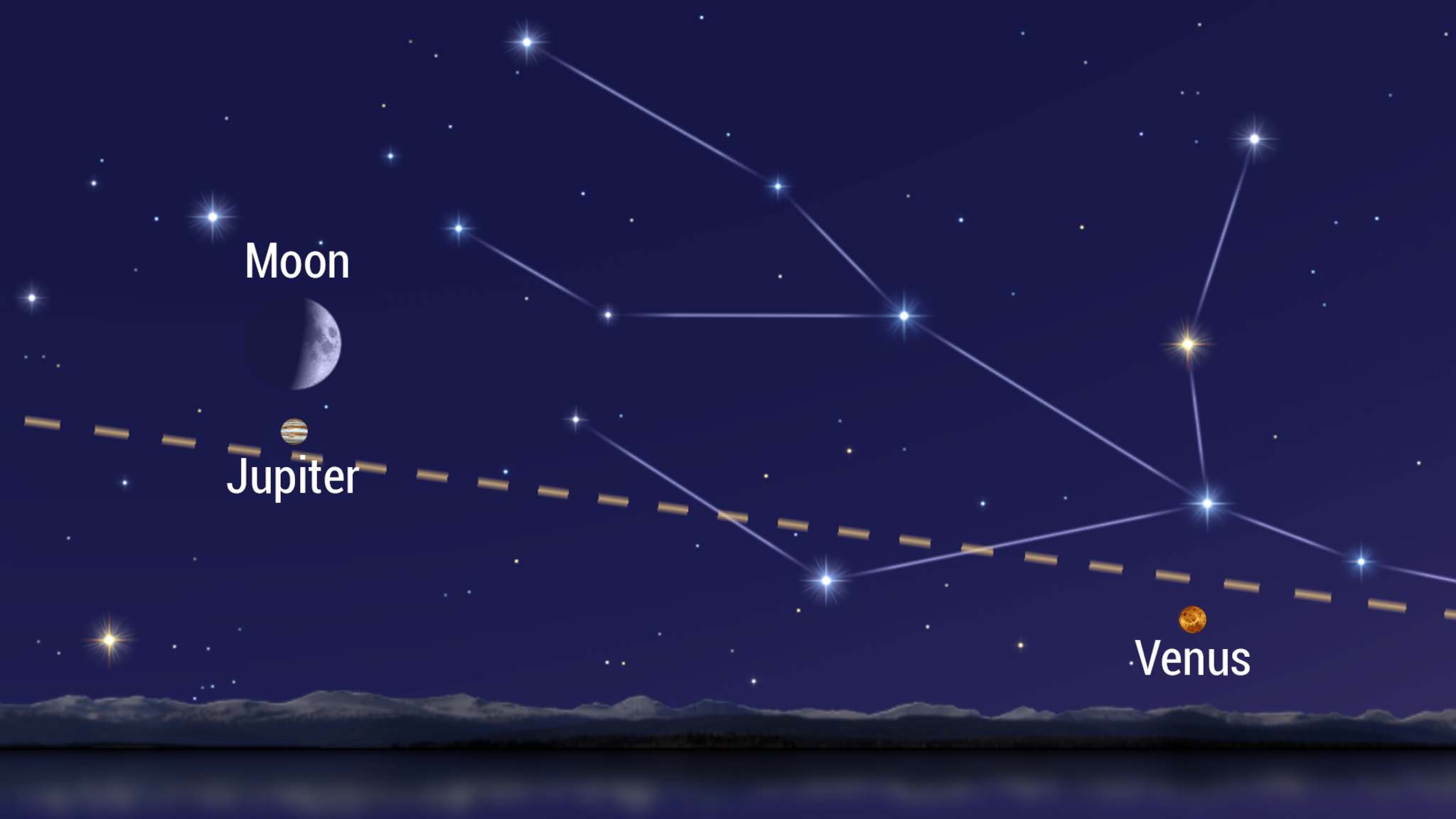 On August 17, 2018, Jupiter will shine brightly near the Moon in the evening sky. During several nights the moon will hop over Jupiter, moving from the planet’s upper right to its upper left. Using the moon as a starting point, you might be able to spot Jupiter in daylight using binoculars.

We only have a few more good weeks to enjoy Jupiter this year. This week, the very bright planet will be in the southwestern sky after dusk, and then set in the west-southwest at about 11:30 pm local time. Jupiter has been slowly shifting eastwards. In the middle of this week, it will pass close above a nearby bright star. Afterwards it will start to pull away. The star is Zubenelgenubi, the brightest star in Libra (the Scales). In binoculars, you’ll plainly see that Zubenelgenubi is a pair of stars. While you have the binoculars handy, see if you can see Jupiter’s four Galilean moons (Io, Europa, Callisto, and Ganymede) flanking the planet.

Extremely bright Venus will still blaze away in the western evening sky this week — and it’s still brightening! On Thursday, Venus will reach its widest angle east of the sun. After that, the planet will begin to swing back towards a meeting with the sun in October. The descending evening ecliptic is pulling Venus a bit lower each night, but we can observe it until about 10 pm local time. In a small telescope, the planet’s disk will resemble a first quarter moon, half-lit on the sunward side (although your telescope might flip the view).

Mars will still be very bright and close to Earth this week. Visually, it will appear pink or orange. It will rise over the southeastern horizon at around 8 pm local time (give or take, depending on your latitude) and then climb higher until midnight local time, when it will reach an elevation of about 20° (or two outstretched fist diameters) above the southern horizon. (That will be the best hour to view the planet in a telescope because it will then be shining through the least amount of Earth’s distorting atmosphere.) Note that 20° is lower than many trees and buildings, so a clear southern vista is essential.